The world's largest chain of fast food restaurants serving more than 50 million customers daily has its signature restaurant chain and in addition to it operated by a franchisee, an affiliate, or the corporation itself. The corporation's revenues come from the rent, royalties and fees paid by the franchisees, as well as sales in company-operated restaurants.
McDonald's primarily sells hamburgers, cheeseburgers, chicken products, French fries, breakfast items, soft drinks, shakes, and desserts. In response to obesity trends in Western nations and in the face of criticism over the healthiness of its products, the company has modified its menu to include alternatives considered healthier such as salads, wraps and fruit. 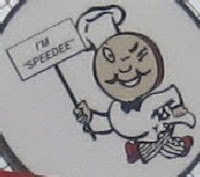 The business began in 1940, with a restaurant opened by brothers Dick and Mac McDonald in San Bernardino, California. Their introduction of the "Speedee Service System" in 1948 established the principles of the modern fast-food restaurant. The original mascot of McDonald's was a man with a chef's hat on top of a hamburger shaped head whose name was "Speedee." Speedee was eventually replaced with Ronald McDonald in 1963.
The company has still opportunities in the form of growing health trends among consumers, Globalization, expansion in other countries (especially in China & India), Diversification and acquisition of other quick-service restaurants. Growth of the fast-food industry, worldwide deregulation, Low cost menu that will attract the customers, and Freebies and discounts.

As a matter of fact it has also a number of threats like Health professionals and consumer activists accuse McDonald's of contributing to the country’s health issue of high cholesterol, heart attacks, diabetes, and obesity. The relationship among McDonald’s corporate level branches and its franchise dealers also being shaky due to lack of communication in certain areas.
McDonald’s competitors threatened market share of the company both internationally and domestically. Anti-American sentiments of local communities provoke sometimes such a case like India. Global recession and fluctuating foreign currencies scenario also can be seen as a threat. Fast-food chain industry is expected to struggle to meet the expectations of the customers towards health and environmental issue.

With the expansion of McDonald's into many international markets the company has become a symbol of globalization and the spread of the American way of life. Its prominence has also made it a frequent topic of public debates about obesity, corporate ethics and consumer responsibility. In general recommendations MacDonald’s should captivate the Asian market in the next 2 to 5 years because there are still a lot of opportunities. They should also focus on the “0” grams “Trans fat” in all its restaurants around the globe.
Posted by Faheem at 2:58 PM