How Consumers Elaborate a Brand Message!

Marketing researchers believes that much of television advertising is viewed under conditions of low involvement initiated a continuing interest in the nature and effects of low involvement in an brand message. While a brand manager has a different view like to understanding involvement focuses on the internal processes that occur during exposure to an advertisement. These processes are critical because they are determinants of the impact of the ad on attitude and knowledge. Although the cognitive processes involved in understanding an advertising message are complex but here I try my level best to make it simple for my readers as:

The processing of an ad can be partitioned into two phases, an initial very basic comprehension of the message and a subsequent elaboration. Comprehension is used here in a minimal sense, just recognizing the meaning of the elements of the ad "decoding" the stimulus. In the elaboration stage, internal responses to the decoded stimulus, including counter-arguments and inferences are generated. The comprehension and elaboration phases are not completely separable or independent. For example, they are both influenced by the activated object mean any product or service.Build Your Brand! 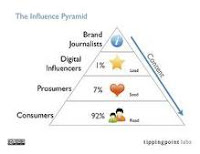 The important determinant is the individual's goal while viewing the ad and the strategy associated with that goal. Elaborations of consumers planning to purchase the advertised product will differ from those of viewers who would never buy or use it. In the first case, the goal may be brand evaluation, in the second case; the ad may be processed only because it is entertaining. In first case, a strategy for evaluating the advertised brand may guide elaborative processing while in other a very different elaborative process will occur. Each will leave in memory a little of the same basic knowledge of the ad and the advertised product, but much of the remembered knowledge will be different because of the difference in processing goals, strategies and resulting elaborations. 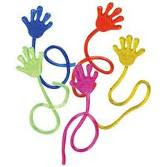 Similarly, Individuals with a brand evaluation goal have a recognized interest in the product. They may use strategies to acquire information about the product and to evaluate it for potential purchase. During exposure to an advertisement, their Schema for the product may be almost fully activated, elaborations about the brand may be generated, and relevant inferences may be linked to the brand in memory. Alternatively, individuals may direct their processing toward some other type of goal, such as entertainment. Perceiving an advertisement for its entertainment reward may be un-deliberate, but the entertainment reward is what maintains the viewing behavior and, in this sense, is the viewer's goal. Although entertainment may be the most common non-brand goal for such cases which a brand manager least noticed during strategies development. In a nut shell,Consumer Involvement could be conceptualized as a situation specific state variable of an individual when exposed to an advertisement.
Posted by Faheem at 6:41 AM